In class today, I used the prompt cards with the children.

Speaking & Presenting Opportunity: Respond to learning from today as you work your project.

NB: Prompt is in red

After he said this, I explained how he could add detail to this idea.

- Child 2: "I decided that I wanted to make my character get bigger as he moved towards the camera."

After he said this, I asked the children if they knew the name for this. We discussed how this was perspective.

- Child 3: "My friend ________ asked how you could make a bone appear in scratch...whether that was possible. If anyone is thinking how to do that, I can help you."

- Child 4: "If you want your sprite to move in a different direction then you need costumes to make the animation happen."

When I encouraged this child to share something about the topic focus (i.e. How an athlete's body moves) rather than the medium for creating (Scratch), they found this really difficult. They finally responded based on their sport of boxing, "If someone is punched in the head then they will be knocked out."

- Child 5 (talking about another child's project on boxing as a sport at the Olympics): "I was walking around to have a think about what I was going to say and I saw ______'s work. He just had the person standing and punching. I asked him a question and I told him that before he started to punch he could change the position (put the hand here) to make it animate."

- Child 6: "I don't understand what happens to the Archer's hand when they let go of the arrow? Do they just let go with two fingers or the whole hand?"

- Child 7: "I still want to know how a sailor actually sails the boat because it is very confusing."

- Child 8: "I'm confused about how the runner's bones get stronger each time they take a step."

- Child 10: "_________ pointed out when I was drawing the legs on my person that the bottom part was thinner and the top of the leg is thicker so I changed it around."

Based on this response, more work needs to be done to teach the children what it means to be explicit with their responses so the audience knows exactly what you are talking about. In this case, the child was talking about archery however there was no information to tell us that.

Five children did not know how to respond, even with the support of the prompt, which they had been given 30 minutes before the time of sharing. During this time, they were also encouraged to talk with their neighbours about how they could respond with the prompt they were given.

What can I do next?

I need to teach the children how they can add detail to their ideas, rather than just sharing one sentence.

This was a really good attempt of using these prompt cards. Many of these children need support with their confidence in sharing their ideas via speaking and presenting and this supports many of these children. I need to figure out what I can do to support those children who did not share any ideas. 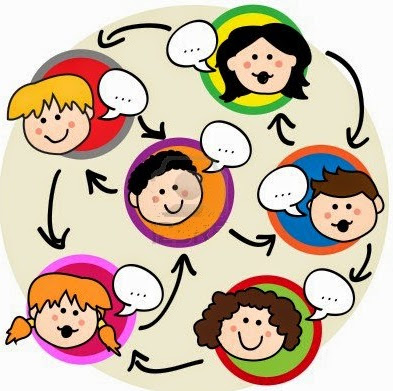 Posted by HannahWest at 15:15 No comments:

Collecting information about implementation of my changed practices/intervention

Changed practice/intervention: Providing children with prompts/scaffolds to support speaking and presenting to encourage use of language.

How am I going to record implementation of this?

In a spreadsheet, I will record information every time I use the new tool.

Here is an example:

Date: 5.08.21
Task: How does a Long Jumper's body move?
Speaking & Presenting Opportunity: Children spent time researching how the body of different athletes' bodies move. They had to think about the skeletal system and muscular system. In response to this, each child was given a unique prompt card which they had to respond to at the end of the session.
Time spent on new intervention: Children were given a unique prompt cards 20 minutes before they were to present to the class whilst they were still participating in the small group research task. 15 minutes of sharing through speaking and presenting.

Posted by HannahWest at 11:52 No comments:

Restating my Inquiry Question and Chain of Events

We are now half way through the year. In this post, I am going to restate my inquiry question to ensure I am still on track with my inquiry focus this year.

Inquiry Question: How can I change my teaching to support oral language progression towards the level of language which children can comprehend when reading?

Hypothesis: Giving children many opportunities to speak in front of each other (through sharing and presenting their ideas and learning within a small and a larger group), with the support of prompts and scaffolds will improve their confidence to speak and therefore improve their use of oral language.

Posted by HannahWest at 11:10 No comments: