The Concept Box (Peter Worley) allows the children to begin thinking superficially and then scaffolds them into thinking deeper and deeper. I like to think of this not just like digging a hole, but like what you would find under a single ant hole - many intricate tunnels and mazes which may at first glance not seem meaningful to us, but which mean a lot to the colony of ants living there. On a trip to the UK several years ago, I visited the Chislehurst Caves in Kent. These caves are 30 metres under the town of Chistlehurst and date back as far as the years 1250-1274! If you were to just walk through the town of Chistlehurst, you would not even realise what was below the surface, however some people who were interested in what went below the surface have now found the caves which cover more than 6 hectares of land and have an incredibly rich history. They were even used as a sheltered city (with a chapel, hospital and accommodation) during WWII! We want our children to not just explore the 'town', but find the caves and cities which have been built below! 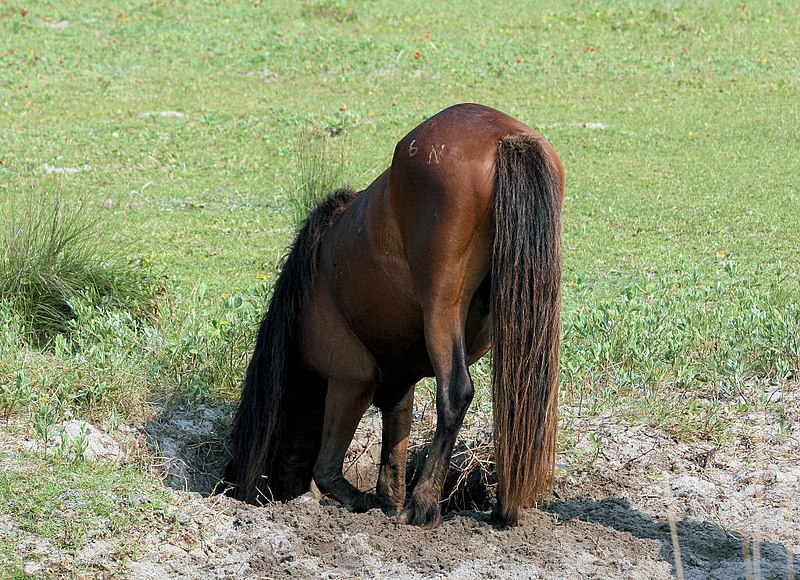 Comprehension Stage: This stage of the Concept Box allows the children to discuss the text openly.

Here are some of the responses from the children:

- Why did the guy want someone to marry the son in 10 years? Why did he pick her, not another girl?
- The story is strange
- This is a narrative/ a myth. Answer(from another child): So it's fake?
- Is this real?
- It is fake because there are elves and warewolves.
- How would the girl have fit inside the tree? - The elf had a lot of stuff so needed a big tree.

The conversion kept going off in multiple directions - multiple conversations at once - and I had to keep pulling the children back to the one conversation. The discussions I heard tended to be about the superficial elements of the story (strange, elves, warewolves, size of the tree) and the children did not show evidence of being able to independently think deeper about the text. The only place where the children were close to doing this was when one child asked if the text was real or fake, however the responses to this were not thoughtful or deep (example, "It is fake because there are elves and warewolves").

Concept Fishing: This stage scaffolds the children to begin thinking more critically about the text.

What was the text about/ the moral?

Responses from the children: 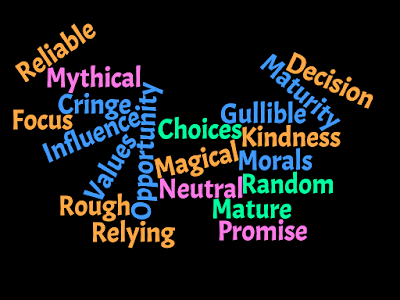 From these responses, it can be seen that with scaffolding, the children were able to begin thinking deeper/ more critically about the text. However, when children had to narrow down the meaning of the text to one word, it can be seen that some children are still challenged with this concept of thinking more deeply (see responses such as, 'random', 'cringe', 'rough', 'magical'. Others, however, really begin to grasp the concept of thinking more deeply/critically (see responses such as, 'decision', 'relying', 'maturity', 'choices'.

It can also be seen that the process of the Concept Box really supports development of children's vocabulary. Vocabulary and Critically thinking come hand in hand.

Concept Funnelling: Narrow down the words to just 5 - supporting children to really think about which words best describe the situation in the text.

Explore central concepts: Arguing for/against one of these words

She had decisions to make.
I agree...decisions plays a big part of the story.
It wasn't her making the decisions but the slippers.
She was not forced to do it. She didn't have to wear the slippers. She could have said no.

Posted by HannahWest at 20:40 No comments: